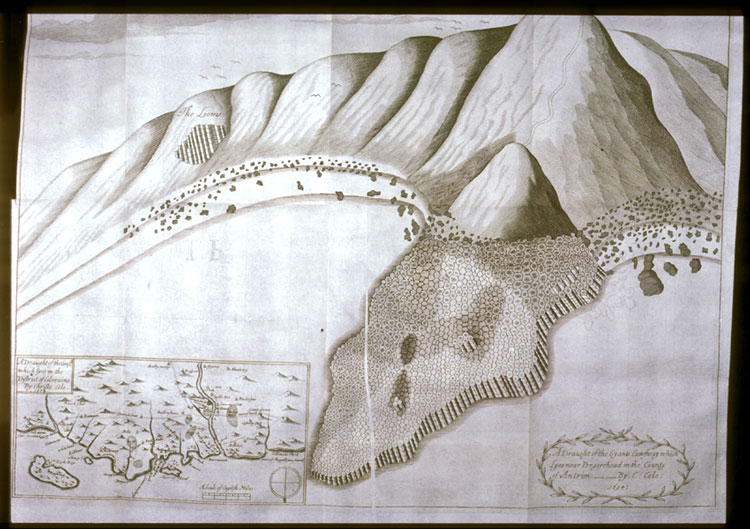 The first printed image of the Giant’s Causeway appeared in this volume of the Philosophical Transactions of the Royal Society. It was engraved after a drawing by one Christopher Cole and accompanied a short note by the Reverend Samuel Foley. The drawing is clumsy and has little sense of scale. But it does show the typical hexagonal form of columnar basalt, and Cole did appreciate that sometimes the columns have more or less than six sides. Foley estimated in his note that there must be over 100,000 columns in the entire Causeway.

Thomas Molyneux was inspired by Cole’s drawing to make an investigation of his own. He wrote an accompanying article that was published along with Foley’s note, and then he promptly set about trying to commission a better drawing, which he would obtain in 1697 (see exhibit item 15).