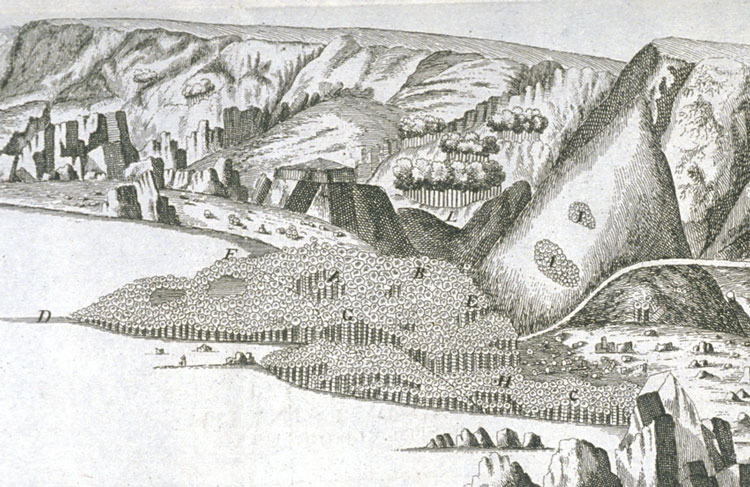 Thomas Molyneux, disappointed with Cole’s drawing of the Giant’s Causeway (see exhibit item 13), worked with members of the Dublin Philosophical Society to commission a second drawing. They selected a more accomplished artist, Edwin Sandys, who produced the drawing from which this engraving was made. It was sent to the Royal Society of London by William Molyneux, Thomas’s older brother, and was printed without any accompanying text. However, in 1698 Thomas Molyneux wrote a second article for the Philosophical Transactions in which he discussed the illustration and the Causeway.

Sandys’ illustration is a great improvement on Cole’s. Not only is the scale more accurate, but there are several insets that show the basalt columns in better detail. Neither engraving, however, does very well at capturing the majesty of the Causeway; for that, the curious would have to wait for the paintings of Susanna Drury in 1740 (see exhibit item 16).