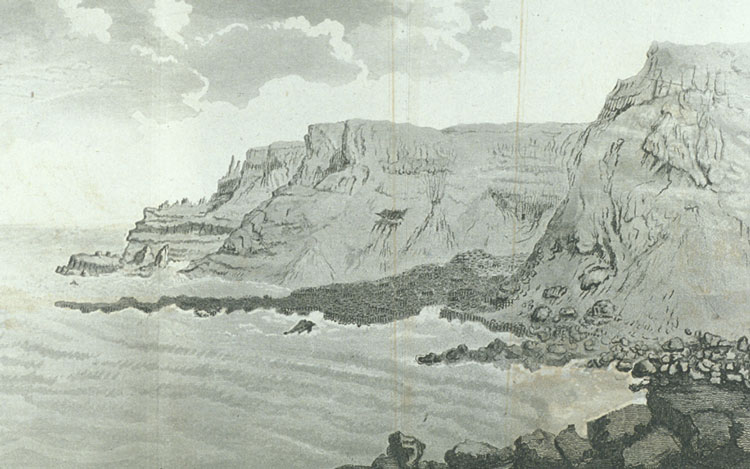 Dubourdieu, John. Statistical Survey of the County of Antrim: with observations on the means of improvement: drawn up for the consideration and by the direction of the Dublin Society. Dublin, Dublin Society, 1812.

One little-known resource on the geology of Ireland is the great Statistical Survey of the Countries of Ireland that was sponsored by the Dublin Society in the early years of the nineteenth century. Our set has twenty-three volumes, each by a different county authority. Many of these volumes have views of geological formations. The volume on county Antrim was written by John Dubourdieu, Rector of Annahilt. He included a number of attractive aquatints of basalt formations of the northern coast, including several of the Giant’s Causeway.

The plate displayed shows the Causeway as viewed from the west. This is the same vantage point adopted by Edwin Sandys in his engraving of 1697 (see exhibit item 15), and it is instructive to compare the two illustrations.