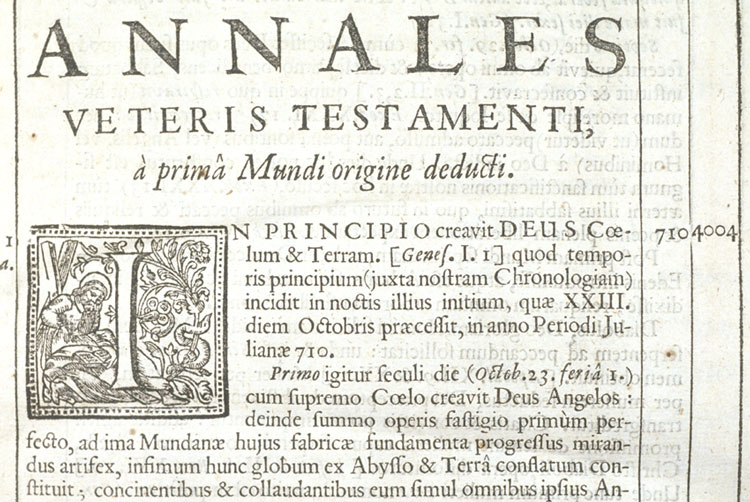 Nearly everyone in the seventeenth century believed that the earth was fairly young (by modern standards), less than 6000 years old. Many scholars had calculated the year of Creation by analyzing the genealogies in Genesis, and nearly all came up with a date that was close to 4000 BC. But the most famous, and the most influential, date of creation was that arrived at by Archbishop Ussher of Armagh in Ireland. He published the first volume of his Annals of the Old Testament in 1650, and on the very first page, after quoting the first verse of Genesis: "In the Beginning, God created heaven and earth," he added: "which beginning of time, according to our chronology, occurred at the beginning of the night which preceded the 23rd of October in the year 710 of the Julian period." In the margin, he converted the Julian year to the Christian calendar: 4004 BC.

4004 BC became the canonical date of creation when it was printed as a marginal note in all editions of the King James Bible after 1701.