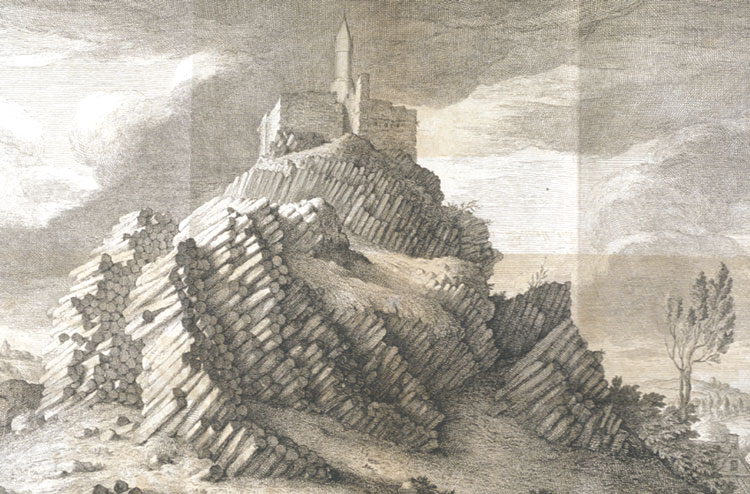 Raspe was the first geologist to argue that the basalt of Germany had a volcanic origin. Basalt in western Germany is not obviously volcanic, since it often appears sandwiched between sedimentary strata, and volcanic cones and craters are usually lacking. However, Raspe looked at the 1768 plate volume of the Encyclopedié, which has illustrations of the Giant’s Causeway and several basalt formations in the Auvergne (see exhibit item 16), and Raspe wondered whether the basalt of his local region around Kassel in Hessen might be similarly volcanic. Investigation confirmed, to his mind, that it was, and he made his case in this 1771 paper, written to the Royal Society of London.

Raspe is better known as the author of the eighteenth-century best-seller, Baron Münchausen’s Narrative of His Marvellous Travels, which he wrote during a financially-difficult period in England.