[an error occurred while processing this directive] 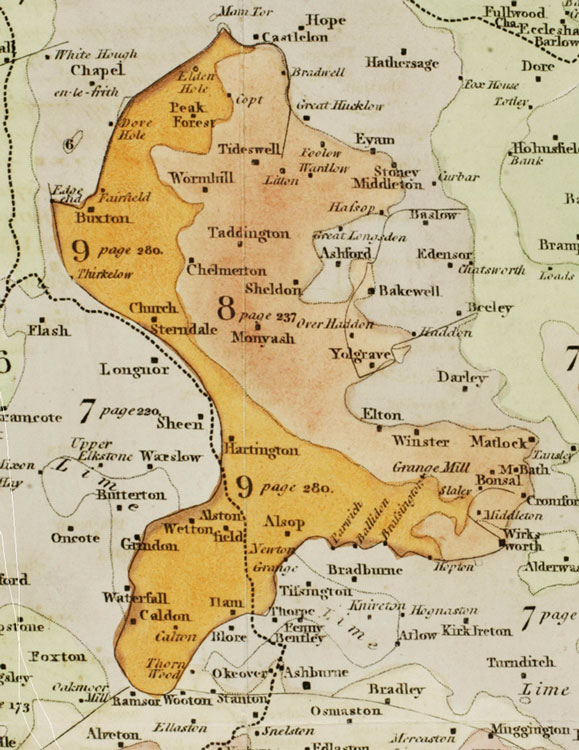 Farey, John (1766-1826). General view of the agriculture and minerals of Derbyshire ; with observations on the means of their improvement drawn up for the consideration of the Board of Agriculture and Internal Improvement. London : Printed by B. McMillan, 1811-17

John Farey’s map of Derbyshire is one of the very first true geological maps of England, and it was entirely original. Farey divided the rocks of Derbyshire into nine different formations; on the map they are numbered 1 to 9, with 9 being the lowest. Formation 8, colored peach on the map, is the formation that contains the three toadstone layers described by Whitehurst and Watson.