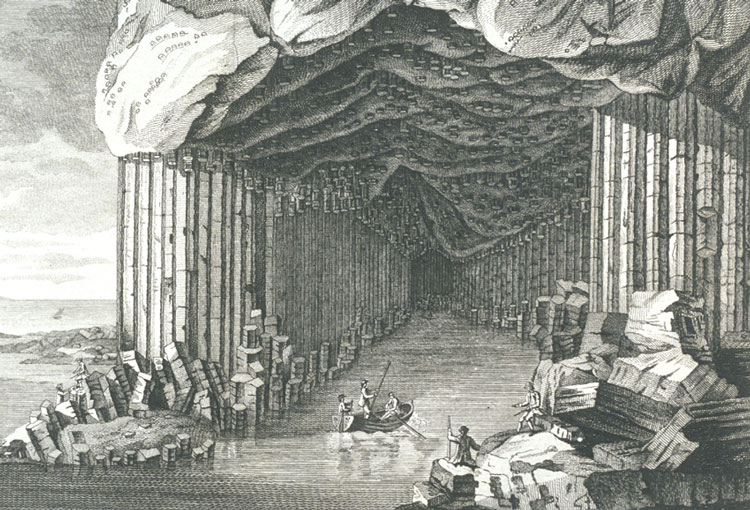 The first outsider to visit Staffa, and to take visual notice of its striking basalt formations, was Sir Joseph Banks (1743-1820), in 1772. Banks had recently returned from Captain Cook’s first voyage, and after a disagreement with Cook, set off on his own expedition to Iceland, with stops in the Hebrides. Banks was particularly taken with a large basalt cavern that the locals called Fingal’s Cave. He had brought an artist along, who made drawings of the cave, of Staffa, and of other basalt formations nearby.

Thomas Pennant made his own tour of the Hebrides slightly later, and for his published account of his travels, Banks allowed him to use five of his drawings. We see here the engraving of Fingal’s Cave. Pennant also inserted in his text the complete description by Banks of his trip to Staffa and Fingal’s cave. This was fortunate, because Banks never did get around to publishing his own account of his visit to the Hebrides.