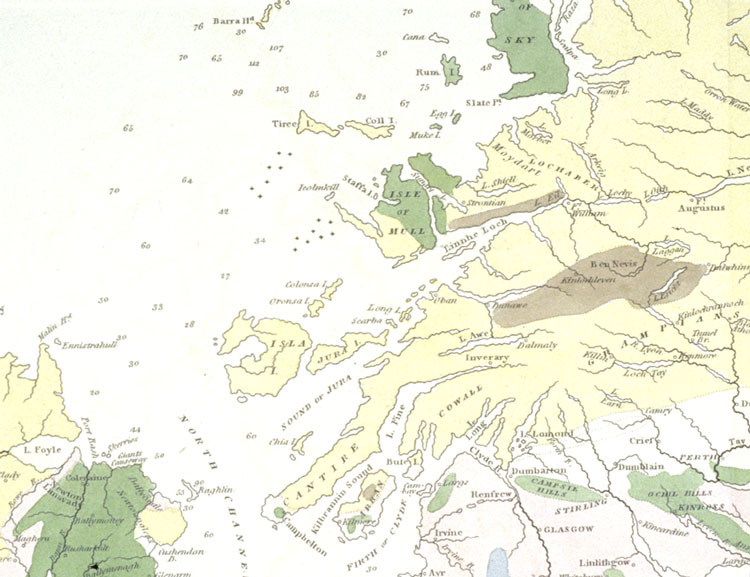 Conybeare, William Daniel (1787-1857 ). "On the geological features of the North-eastern Counties of Ireland, extracted from the notes of J.F. Berger... with an introduction and remarks by the Rev. W. Conybeare...." Transactions of the Geological Society of London, 1816, 3:121-235

As geologists investigated other islands in the Hebrides, they found that Staffa was not alone in having columnar basalt formations. There were similar features on Mull, Egg (now Eigg), Rum (now Rhum), and Skye. Moreover, the basalt of the north Irish coast was just across the North Channel from the Hebrides. William Conybeare illustrated the geological connections with a large map of Ireland and Scotland that shows all of the basalt in green. The map graphically suggested that these now-isolated formations were once part of one larger formation, and that Ireland and Scotland were once united.