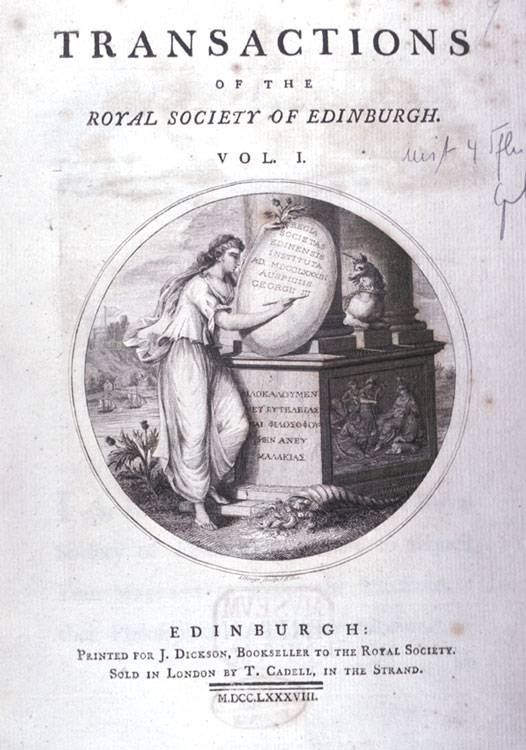 Hutton, James (1726-1797). "Theory of the Earth; or an Investigation of the laws observable in the composition, dissolution, and restoration of land upon the globe." Transactions of the Royal Society of Edinburgh, 1788, 1:209-304

James Hutton’s paper is one of the true milestones of geological literature. He argued here that the earth was shaped in the past by the same forces that shape it in the present, namely erosion, sedimentation, and gradual uplift. He maintained that rock formation was a cyclical process, with mountains being eroded into the sea, only to be consolidated and raised into new mountains, which would in turn be eroded again. It was a view of earth-history that required a vast expanse of geological time.

Hutton also believed that heat was an important agent in rock formation, the motor that drove the uplift part of the cycle. He argued that basalt and granite were igneous rocks, and that one could find evidence, where whinstone (basalt) intruded into limestone, that the whinstone had been injected in a molten state.