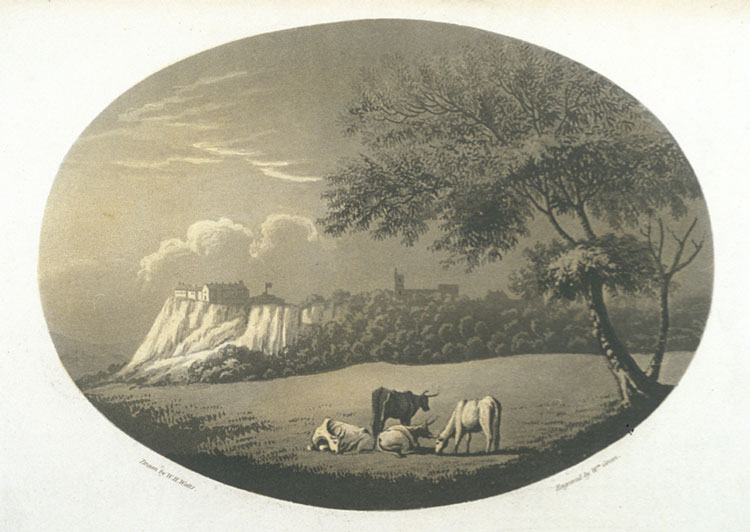 Garnett, Thomas (1766-1802). Observations on a Tour through the Highlands and Part of the Western Isles of Scotland, Particularly Staffa and Icolmkill... London: Printed by Luke Hansaard for T. Dadell, Junior & W. Davies, 1800.

Garnett’s handsome travel book has seldom been scrutinized by historians of the basalt controversy, but he was quite an intelligent observer. He visited Staffa and Fingal’s cave, and he read Hamilton’s account of the Giant’s Causeway, and he concluded there is little reason to doubt that basalt is a volcanic production. He was also familiar with the chemical work of James Hall and James Keir, and he even praised James Hutton’s paper for its ingenuity.

One of the places where Hall obtained a whinstone specimen was Stirling Castle. The castle is north of Edinburgh and sits on an enormous whinstone rock. The Stirling whinstone is similar to that of Salisbury Crags, in that evidence can be found there that the whinstone was once molten.