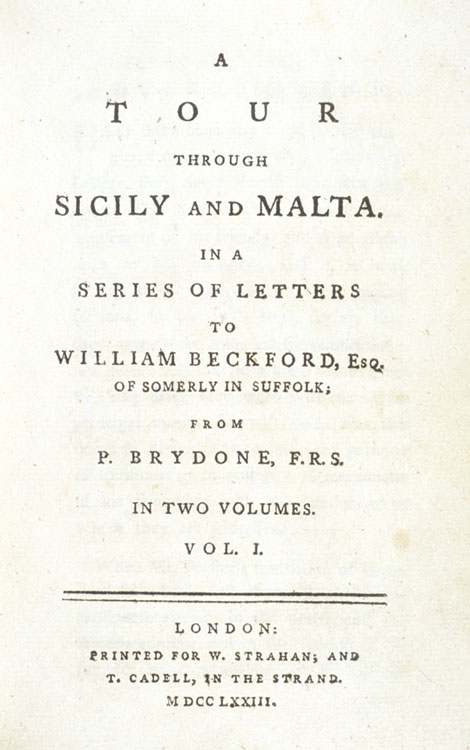 Patrick Brydone, an English traveler to Sicily, was one of the first to notice that volcanoes give evidence of the earth’s great antiquity. He was given a tour of Etna by a local cleric, Father Recupero. One of the sites they visited was a lava flow that ran down to the sea; it looked, to Brydone, rather recent, as no soil had yet formed on top of it. Recupero informed him that the flow occurred during the Second Punic war, and was over 2000 years old. He further confided that there was a well that had been sunk down through seven distinct lava flows, with abundant soil in between; it seemed inescapable that at least 14,000 years would have been required to form such a series of deposits.

Brydone’s suggestion that the earth was older than 6000 years was shocking to many, and even blasphemous. Samuel Johnson, for one, took great exception to Brydone’s mocking of the accepted history of the world.