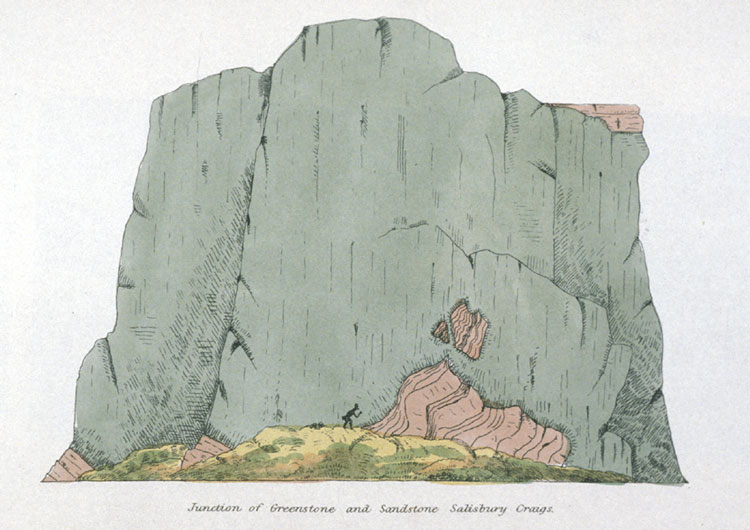 Cunningham, Robert James Hay. Essay on the geology of the Lothians. Edinburgh: Printed by Neill & Company, 1838.

Although Hutton did not write about it in his paper, there was a place very near his home in Edinburgh that offered evidence that whinstone had cooled from a molten state. That place was Salisbury Crags, very near a peak called Arthur’s Seat. Hutton visited Salisbury Crags regularly, and he found one section where the limestone had broken off and floated up into the then-molten whinstone, and was then frozen there when the whinstone cooled. This site is quite famous now, visited by geologists on pilgrimage, and it is known as "Hutton’s section". Hutton never pictured it, or even discussed it in his published works. But there is a wonderful image of Hutton’s section in this later book on the geology of the Edinburgh area. The limestone floating in the whinstone can be readily seen, as can a tiny investigating geologist, who might well be Hutton himself! (For a detail of this image, see the illustration to the introduction to this section, Experiments on Whinstone).