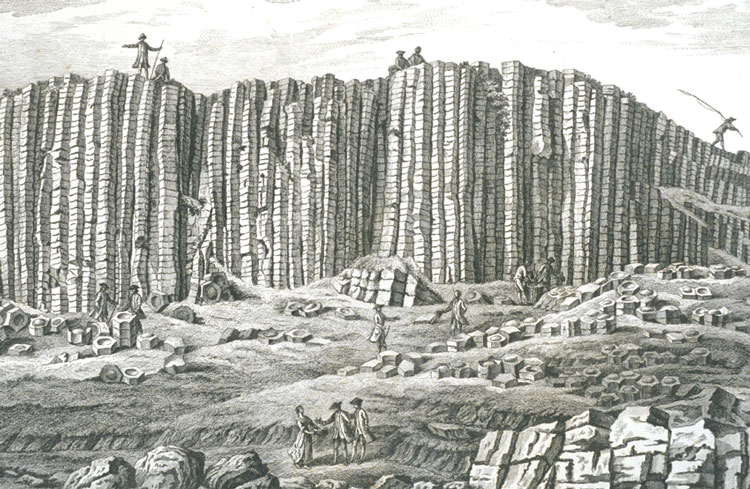 The name basalt comes down to us from Pliny’s Natural History, where he used the word basaltes to signify certain rocks from Egypt. The term was first applied to the rock we call basalt by Georg Agricola in 1546, who used it to describe a specimen from Stolpen in Saxony. But in general no one paid any attention to basalt until the dramatic columns of the Giant’s Causeway came to the attention of Europeans at the end of the seventeenth century. The Giant’s Causeway lies on the northern coast of Ireland, in County Antrim, and it consists of tens of thousands of basalt columns, which seem to come out of the sea and ascend like a stairway to the cliffs beyond. It was first illustrated in print in 1694, and it proved to be a source of great fascination for natural philosophers.

The illustration for this section is an engraving of the Causeway from exhibit item 22.